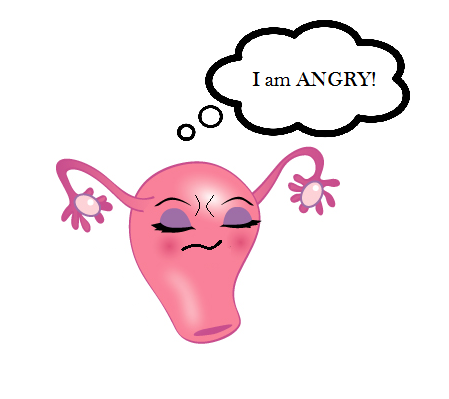 I have harbored you all

Burdens for loved ones

I have carried all your anger and resentment

I have carried all your deep grief

I have carried all your sickness

I have carried your fear and anxiety

I have carried your guilt and your shame

I am tired of harboring and carrying it all for many

Over the years, I have given myself permission to say NO to many!

As a caring loving womb, I have learned say, “I love you and…

I give you back your burdens and the responsibility to attend to them!

I will listen and I will hold safe space

I will still set appropriate boundaries!

I will express to excess!

I will learn and process!

Now, I give myself permission to LET GO!

LET GO of the whatnot that no longer serves me!

And now to I fill myself up with more joy, love, and sweetness! 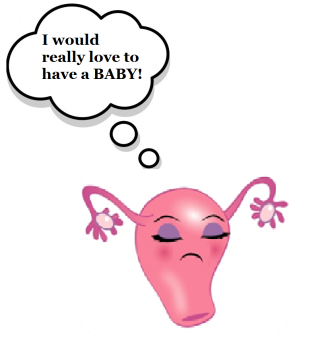 Hi fellow Uterii who are trying to conceive a baby and are struggling!

I know all to well how hard it is to want a baby be conceived, grow inside of you, feel him or her move inside of you, and to give birth to that lovely and healthy child!

It’s even harder, today, because it’s Mother’s Day! And my heart goes out to you!

Please know that you are not alone! Not only have I experienced this heart breaking struggle, but 1 in 8 and maybe even more these days like 1 in 5 couples trying to conceive are having fertility challenges!

Also, please know that there are natural and holistic approaches to help you feel calm, confident and in control of your fertility journey.  Feel free to contact Genevieve (the person whom I’m (uta, her uterus) within, to learn  about her Holistic Fertility Treatments at gen@gentouchmassage.com.

But for now, consider yourself understood, I know and I feel your pain!  And my heart goes out to you!  And if you want some Empowering & Holistic tools on How to go from M.O.P.E. (Mental, Other Worldly/Spirtual, Physical, and Emotional distress) to COPE on Mother’s Day, feel free to contact her at gen@gentouchmassage.com.

Sending you lots of loving and healing energy!

Ancient Mayan Belief that the Woman’s First Brain is her uterus.  And if she (her uterus) is not in the right position, tilted, tipped, displaced or prolapsed then the woman will be off-balance some way, somehow either mentally, emotionally, physically, or spiritually and may be affecting her fertility.

On a purely physical level, if you uterus is tipped, tilted, or prolapsed, then it has a hard time getting the blood out, so then you may have severe cramps to get the blood out.

Stay tuned for more reasons Why a tipped uterus may be affecting your fertility?

So, for the last 8 years I, Uta, Genevieve’s Uterus, I have grown bigger and bigger and have hardened immensely.  Genevieve believes that not only was I enlarged, but that we possibly created a huge fibroid in front of me that occasionally would sit on her bladder.

In the past, when Genevieve menstruated, she used to have really intense pain, had huge clots the size of her hand, she bled profusely for at least 3 days and sometimes vomit. She was getting treated with acupuncture, on and off, was pretty good about doing her castor oil packs and self-care massage, but didn’t always get her massages regularly, rarely received an Arvigo Techniques of Maya Abdominal Therapy™, and she had a tendency to take on the energy, emotions or burdens of other people.  Over the years, Genevieve got better at taking care of herself.

Having this condition was a major inconvenience. She would have to frequently urinate or would accidently urinate when laughing.  With this, she felt embarrassed that this was happening and she couldn’t control the “tee-hee pee-pee” and she felt guilty for not being better to herself.

More recently, when Aunt Flow comes, I am so engorged with blood that it presses this supposed fibroid out so much that Genevieve looks about 5 months pregnant.  There are times when she could barely breathe and other times when she felt like her bowels were being obstructed. It was until then that she felt like this was becoming a real problem.

I, Uta, am enlarged to approximate 5” wide and 6” tall.  And I feel like that this fibroid or this Adenomyosis represents a lot ANGER and resentment.

At who am or what am I so angry? I am partially angry at the hyper conservative, puritanical views on sex and sexuality. I feel like this restriction on sex and sexuality contributes to a lot of sexually repressed people, which in turn makes for some pretty unhappy and angry people.  I feel like if more people would realize that sex can be a natural beautiful act between consenting humans, and then more people would enjoy it.  Thus, less people would be so uptight and agro.

And being empath, Genevieve has had the tendency to take on these angry feelings from society, from her partner, and her family.

She has learned that it’s incredible important to fully express herself and keeping releasing all this negative energy so that she doesn’t host this anger in ME, her uterus! She is learning to fully feel, experience, emote, express, learn, process all that she needs to and then, FULLY LET IT GO and integrate it all!

So, if you have a lot of reproductive issues, remember that you uterus may be telling you something! And you should listen to her!

Stay Tuned for more Confessions from an Angry Womb!

I, Uta, am Genevieve’s Uterus.  And Genevieve, finally in 2005, figured out that I was her First Brain, according to the Mayan Culture.  And if I am not in the right position or tipped, tilted, prolapsed, then Genevieve will not be “in the right position” or off kilter either mentally, emotionally, physically or spiritually!

Let’s face it, ladies, our hormones pretty much govern how we feel, act, see, think, and hear. So, your UTERINE HEALTH is IMPORTANT!

Good News!  Genevieve took the the Arvigo Techniques of Maya Abdominal Therapy® Self Care class back in 2005, where she connected with me and was empowered to heal me!

Arvigo Techniques of Maya Abdominal Therapy®  is an external and non-invasive modern day modality based on ancient Mayan massage techniques that repositions internal organs that may have shifted and restricted the flow of blood, lymph, nerve and chi energy. As with any other natural healing, The Arvigo® Therapy seek to restore the body to its natural balance.

If you want to more about how to take better care of me so you can be more holistically healthy then, click here.

There has been a lot of discussion whether plastic wrap should be used with castor oil packs.  Genevieve uses Natural Value BPA free and PVC free plastic wrap, which is as toxic free as plastic wrap can get.  You can buy it online or from Jimbo’s (if you are in San Diego).

As with most things, Genevieve is very mindful about what she uses and suggests health tips for optimal reproductive health and well-being.  And she rarely suggests anything that she wouldn’t use herself and on me, Uta her uterus.  And using this wrap makes the castor oil packs less messy, more convenient to use and it helps the castor oil soak into the skin rather than in the towel that is wrapped around the hot water bottle.

Cheers to healing my fellow uteri! 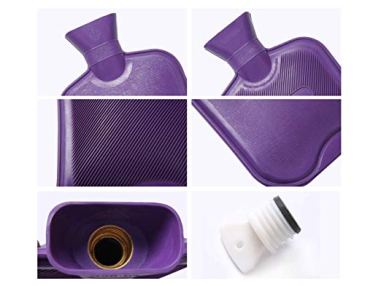 Since 2005, when Genevieve first took her Arvigo Techniques of Maya Abdominal Therapy® Self Care Class and connected with me (Uta, her uterus) for the first time, she has been pretty good at doing her castor oil packs.

And since then she has discovered that the store bought CVS redish hot water bottles don’t last very long.  The seal usually cracks and hot water can leak.

So, after playing Goldie Locks with the hot water bottles, she finally found HomeTop Hot Water Bottles.  They are made of natural rubber and they have a metal seal so they won’t crack or leak.  And if you use hot water from a kettle, the hot water stays hot for hours. It’s the best hot water bottle evah!

Warning:  The warning on the hot water bottle says not to put boiling water in it, but Genevieve does and is very mindful to wrap a towel around it before applying it to her abdominal area.

Uta The Cuterus
Blog at WordPress.com.